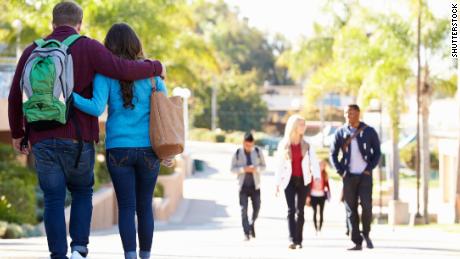 In an interview with CNN New Day’s Alisyn Camerota on Wednesday, Falwell said that most students did not return to campus after last week’s spring break.
“Liberty did not reopen. Liberty has between 1,000 and 2,000 students on a campus built for 15,500 and almost a thousand are international students who have nowhere else to go,” he said. “Others have no place else to be except in their dorms.”
Falwell said he doesn’t know how many students have returned to their off-campus apartments.
As of Tuesday afternoon, about 1,900 students have returned to campus out of the student population of 14,000 to 15,000, university spokesman Scott Lamb said. University officials are prepared for about 5,000 students to return to campus, Lamb said.

Classes to be held online

The university has taken steps to enforce social distancing in response to Virginia Gov. Ralph Northam’s statewide order on Monday to slow the spread of coronavirus, Falwell said, adding many of the details were just settled on Tuesday.
Academic buildings are open, but all classes will be held online, and professors will be working from home, Falwell said. 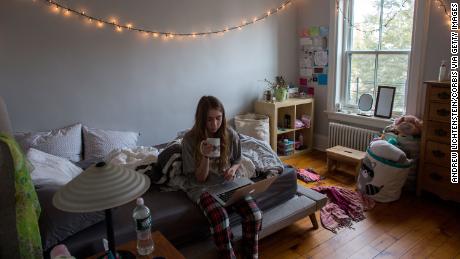 “The campus has become more like an apartment complex than a university. All the education is being done online. All the restaurants are serving takeout only. We are wiping down every surface that is touched off on every hour, we have extra police,” he said.
Falwell said campus officials met all last week to make sure that the few students that did return would be as safe as possible.
“It looks like a ghost town, it looks like a ghost town and the reason some of them are leaving now to go back and study at home is because none of their friends are here,” he said.
The governor’s order, which went into effect late Tuesday, bans gatherings of more than 10 people and closes nonessential businesses and shuts down all K-12 schools for the rest of the academic year.
Northam expressed concern after learning the university was allowing students back on campus.
“The governor is concerned by these reports, and members of the administration have already spoken directly with Jerry Falwell Jr.,” said Alena Yarmosky, Northam’s press secretary. “All Virginia colleges and universities have a responsibility to comply with public health directions and protect the safety of their students, faculty, and larger communities. Liberty University is no exception.”

In a story on the university’s news service, Falwell said Lynchburg’s mayor and city manager had contacted him to ask about the university’s pending decision and he received a favorable reaction.
But Lynchburg Mayor Treney Tweedy said Tuesday neither she nor the city manager endorsed having students return to campus. She said Falwell told the city the school would remain open for on-campus international students who had not gone home, some lab classes and its aviation school. 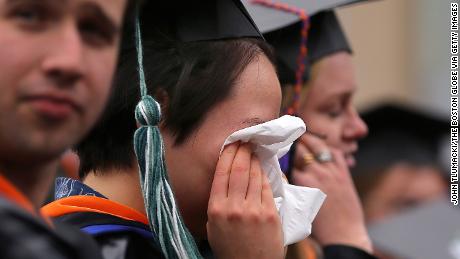 In a statement, Tweedy said she was “very surprised and disappointed” of Falwell’s decision to allow students back on campus during a public health crisis.
“Liberty University is an important part of this community; however, I believe it was a reckless decision to bring students back on campus at this time,” she said in the statement. “It is unfortunate that President Falwell chose to not keep his word to us and to this community.”
Health officials have conducted two unannounced inspections of Liberty’s campus because of public concerns about the students’ return, according to the Central Virginia Health District.
The most recent was conducted at noon on Tuesday and focused on restaurants and other public areas.
“Since Liberty University has made the decision to move forward, we are using every tool at our disposal to make the situation as safe as possible,” said Lindsey Cawood, the district’s population health manager, in a statement. “That includes advising on best practices, offering policy guidance, and — as was seen yesterday — performing unannounced inspections of campus conditions.
The inspection found no violations of the executive order, the health district said. Inspectors observed no groups larger than 10 on campus and reported that extensive measures had been taken to remain compliant with the order, the district said in a news release.
“While the health department inspectors reported no significant findings at this time, we will continue to monitor campus conditions in the weeks ahead,” according to the news release.

Peter Navarro on his qualifications to disagree with Dr. Anthony Fauci on coronavirus treatments: ‘I’m a social scientist’ – CNN

Coughing tiger at the Bronx Zoo tests positive for coronavirus, ‘first case of its kind’ in U.S. – The Washington Post